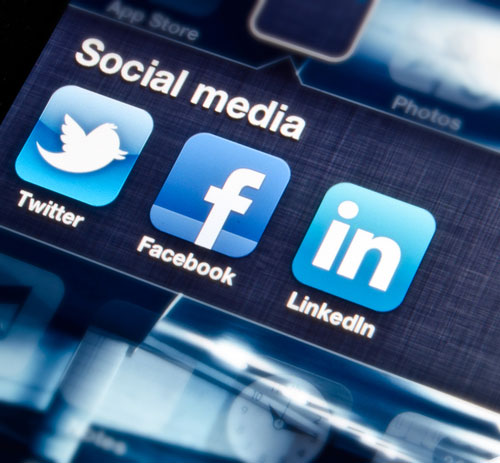 While once social media platforms were ruled as strictly unprofessional, 2014 has seen a surge in business networking and marketing through global networking tools such as Facebook, Twitter, Instagram, YouTube and Pinterest. Some businesses now even require that employees utilize both personal and professional social media accounts for marketing purposes. Why? The worldwide popularity enjoyed by social media makes prevalent networking sites the ideal outlet for global exposure. Media forums also offer optimal demographic-targeting opportunities, enabling businesses to easily connect with younger audiences. Read on to explore the integral part that social media plays in modern communications, and how it can help your business to build a global reputation.

The Growing Importance of Social Media

In 2008, and again in 2012, Barack Obama became the first president of the United States to use social media as a political tool, paying out a whopping 47 million in digital campaign spending in 2012 (a stark contrast to Romney’s 4.7 million). The result? Sixty percent of young voters chose Obama in 2012, effectively winning him the presidency.

Social media proved its importance again in 2011, when Facebook communications unified and fueled the monumental Tahrir Square protests. During the Egyptian uprising, social media worked as a conduit, spreading support for protesters and gaining global attention for the movement that toppled Hosni Mubarek in just 18 days.

The communications principles governing the success of both Obama’s historic campaign and Egypt’s uprisings are the same, and can be directly applied on a smaller scale to the business world. At the root of both victories is a seamless communications network that has the power to cross cultural barriers and capture the attention of the youthful demographic more effectively than ever before.

Global expansion was once an undertaking only feasible for major conglomerates and wealthy entrepreneurs. Social networking has made vast changes to the practicality of worldscale business operations by opening the doors to “virtual business.” Virtual businesses use telecommunications advances to eliminate the once essential need for face-to-face transactions in marketing. Some virtual businesses have no brick and mortar store front at all, while others simply use virtual business tools to expand on a global scale, creating a perceived international presence without actual physical relocation. Let’s take a look at some of these tools and how they can help to promote global success:

Facebook: As of Facebook’s 10th birthday in 2013, the renowned social media site boasted a stunning count of 1.23 billion users worldwide. For virtual and physical businesses alike, such a vast user pool means a plethora of marketing opportunities. Facebook offers business ad promotion for as low as $5/day. Ads can be customized based upon target audience location, age, gender, and interests. Many businesses use Facebook pages to create a comfortable, friendly outlet through which to communicate with and gain customers.

Instagram: Instagram has gained rapid popularity since its 2010 debut, and is now tied with Facebook as the second most important teen network in the world. An Instagram presence works particularly well for food, clothing and jewelry businesses, enabling free image marketing to attract consumers and gain product popularity

YouTube: YouTube works as great exposure outlet for many small business owners. Take husband and wife team Kelli and Daniel, co-founders of the popular FitnessBlender workout regime. Kelli and Daniel started their virtual business on YouTube, offering free fitness videos to fitness enthusiasts all over the world. As their popularity grew, Kelli and Daniel expanded their marketing across other social media forums, and now sell workout equipment, fitness plans and nutrition guides through their booming website.

Twitter: Twitter’s star is still rising as the most popular social media networking site in the world. Even major news sites such as CNN and FOX have begun branding through hashtags on live broadcasts.